The Award-Winning Film SPRINTER Gets Nationwide Theatrical On Demand Release 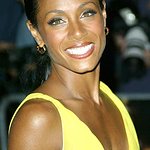 FilmRise, Citi, and Global Citizen have partnered together to support bringing the global community and families closer together with the nationwide Theatrical On Demand release of SPRINTER, executive produced by Jada Pinkett Smith, Will Smith, and Richard Jefferson.

International advocacy organization Global Citizen will be offering a VIP ticket package in its Rewards program, for a winner to attend the FilmRise and Citi/Grove exclusive premiere screening in Los Angeles. The announcement was made jointly today by FilmRise, Citi, and Global Citizen.

“SPRINTER is an authentic look at a teenage sprinter struggling to find his way, fulfill his true potential, and reunite with his family, which has been broken apart by extreme poverty in Jamaica. Global poverty is having a calamitous effect on families and we are extremely delighted to be partnering with two great organizations that strive to make our world a better place. Their help and support of bringing attention to this film is tremendous,” stated Sal Scamardo, Vice-President, Distribution Strategies, FilmRise.

Since 2012, Global Citizen has grown into one of the largest, most visible platforms for young people around the world calling on world leaders to honour their responsibilities in achieving the United Nations Sustainable Development Goals.

Madge Thomas, Senior Director of Global Policy and Government Affairs at Global Citizen comments, “We are thrilled to be a part of this film and its campaign to help bring families together, create opportunities and education for all and to help encourage more people to take action in support of a worldwide movement to end extreme poverty.”

SPRINTER will be available Theatrical-On-Demand nationwide on April 24th on the Gathr Films platform.

International advocacy organization Global Citizen has announced VAX LIVE: The Concert to Reunite the World, a global broadcast and streaming special that aims to inspire vaccine confidence worldwide and help get the COVID-19 vaccines to everyone, everywhere. More →