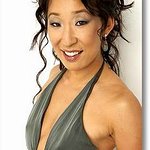 This week, The Alliance for Women in Media Foundation (AWMF) announced the winners of the 44th annual Gracie Awards to take place May 21 at the Four Seasons Beverly Wilshire Hotel in Los Angeles.

Becky Brooks, Executive Director, Alliance for Women in Media Foundation stated, “Our leadership is proud to honor the best of the best who embody the spirit and intention of the Alliance for Women in Media Foundation’s Gracie Awards.” Christine Travaglini, President, Katz Radio Group and Chair of the Board of Directors continued, “In the more than four decades since the inception of the Gracie Awards – what stands out in 2019 is bravery. The courage of storytellers to share poignant, relevant and compelling content. This will be a year of true celebration.”

The Gracies recognize exemplary programming created by, for and about women in radio, television, cable and interactive media. Honorees are selected in national, local and student markets, including both commercial and non-commercial outlets.

In the fourth consecutive year as Executive Producer, Vicangelo Bulluck will spotlight these prolific women in the industry who continue to inspire and support others, break down barriers, and lead by example in creating opportunity for future generations.