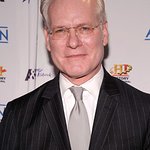 Fashion guru Tim Gunn is urging New York City council members to pass a proposed ban on fur ahead of a city hall hearing on May 15.

In an editorial on City & State New York, a site followed by New York lawmakers, he cites fur bans by Los Angeles and San Francisco and writes, “There isn’t much to be happy about in politics today, but this trend toward kindness should give everyone hope.”

“[F]urriers used to slice up chimpanzees, gorillas, monkeys, leopards, baby seals, and tigers for their fur,” continues Gunn. “Most of that was declared illegal. Now it’s time to safeguard all the other animals from such gratuitous violence by supporting City Council Speaker Corey Johnson’s bill to ban fur sales in New York.”

Gunn follows in the footsteps of Oscar winner and former fur-wearer Anjelica Huston, who recently penned an op-ed in support of the measure. Numerous top designers and retailers — including many with stores in Manhattan, such as Burberry, Gucci, Versace, Michael Kors, Jimmy Choo, and Giorgio Armani — have already stopped using fur in their collections.