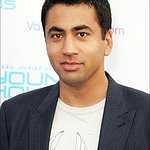 Actors, directors, and musicians are backing a bill to end the suffering of wild and exotic animals in traveling shows, which was showcased with a livestream launch event in Congress on May 21.

Sponsored by Raúl Grijalva (D-AZ) and David Schweikert (R-AZ), the Traveling Exotic Animal and Public Safety Protection Act (TEAPSPA; HR2863) is being championed by Animal Defenders International, which has exposed suffering in US circuses over many years and provided evidence to support the bipartisan bill.

Kal Penn, star of “Designated Survivor,” “Big Bang Theory,” and the “Harold & Kumar” franchise, said: “It’s time to put the days of animal cruelty in the name of entertainment behind us. As we continue to learn of the extent to which lions, tigers, elephants, and other wild animals are needlessly suffering at the hands of the circus industry, we must act. I applaud the advocates supporting the bipartisan Traveling Exotic Animal and Public Safety Protection Act and urge you to as well.”

Penn joins a growing list of celebrities lending their support to the campaign, among them:

Oscar-nominated actor Joaquin Phoenix: “The way animals are treated as mere objects of entertainment, beaten and bullied into performing circus acts, is disgraceful. Please help them today. Join me in backing Animal Defenders International’s call for a ban on wild animal circus acts throughout the United States.”

Oscar-nominated actor James Cromwell: “There is nothing natural about the life of a circus animal. These majestic wild creatures deserve lives that are free from pain and suffering, and together we can make it happen. Join me in supporting Animal Defenders International and the Traveling Exotic Animal and Public Safety Protection Act.”

Comedian and Golden Globes host Ricky Gervais: “Animals have their spirits broken, beaten out of them, in order to entertain humans in circuses. It is heartbreakingly cruel and humiliating, it belongs to our ignorant past. TEAPSPA will bring an end to this suffering. That’s why I support it. Join me and give performing animals their freedom.”

Globally, over 40 countries have already passed national prohibitions on the use of animals in circuses, putting the US behind countries like Bolivia, Peru, Greece, and the Netherlands. ADI is currently helping the government in Guatemala enforce a national ban and has removed 21 lions and tigers from circuses to take to sanctuaries, including three tigers to Big Cat Rescue in Florida and the remaining animals to the ADI Wildlife Sanctuary in South Africa.

Comedian and “Crazy Ex-Girlfriend” star Rachel Bloom: “A life of confinement and abuse is sheer hell for animals in the circus. I’d like to see this terrible practice outlawed – that’s why I fully support Animal Defenders International and the federal bill to ban traveling wild animal acts.”

Recent years have seen increased action in the US, with over 90 circus animal prohibitions in 32 states, wild animals banned in circuses statewide in New Jersey and Hawaii, and a similar ban under consideration in California. According to a 2015 Gallup poll, more than two-thirds of Americans are troubled by the use of animals in traveling shows. The closure of Ringling Brothers Barnum & Bailey Circus and the move toward human-only performance highlight the shift in public tastes and are seen by campaigners as showing the time is right for federal action.

ADI President Jan Creamer: “The evidence is clear: animals in traveling circuses suffer. America is taking a stand against this, passing an increasing number of local and state bans, but we can and must do more. With the introduction of TEAPSPA in Congress, we have a chance now to stop circus suffering nationwide – so let’s do this!”