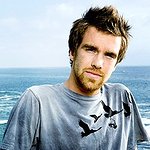 Chase Johnson from MTV’s Laguna Beach will host a special event for charity this weekend.

Rock The Smile is a dance and fashion show that will be held at the San Clemente Community Center in Orange County, Los Angeles, on Saturday, January 24 to raise money for Operation Smile. Over 300 teens from high schools around the area are expected to be part of the event that aims to change children’s lives forever.

Operation Smile is an organization that provides free reconstructive surgery to tens of thousands of children and young adults in 25 developing countries and the United States. Not only does this help the financial burden of surgery, but also brings patients new hope and new lives.

Since appearing on Laguna Beach, Chase Johnson has become known for his charity work. Last year he attended the CNN Hero Awards, Rodney Jerkins’ Toy GiveAway, Akon's Holiday Celebrity Toy Drive, and many more charitable events. He will be releasing a solo album in June.