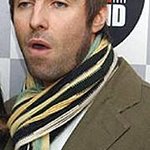 Music Therapy charity Nordoff Robbins has announced that The Specsavers Scottish Music Awards will return for 2019.

Now in its 21st year, the prestigious award ceremony will once again raise vital funds for the charity, and and honour the very best in Scottish music, across one star-studded, unmissable night.

The legendary Simple Minds are set to take to the stage alongside one of the biggest breakthrough artists of the last year, Tom Walker as well as Joesef, one of Scotland’s most exciting emerging artists capturing huge industry buzz right now. Raymond Weil is sponsoring ‘Best UK Artist Award’ at the Specsavers Scottish Music Awards 2019 and is thrilled to announce the latest nominee Liam Gallagher.

New for 2019, the awards will be hosted by Scotland’s very own Edith Bowman.

Promising to be one of the biggest nights of the year in the Scottish music calendar, Nordoff Robbins and sponsors Specsavers will return to Glasgow’s Old Fruitmarket on Saturday 30th November to honour and reward some of music’s biggest stars, whilst raising funds for the UK’s largest independent music therapy charity.

Tom Walker said, “I’ve just heard the absolutely sick news that I’ve been nominated for the Barrowland Best Album at the Scottish Music Awards. I won UK Breakthrough before I even had an album out, which was the first award I ever got for my music. It was a huge honour and a real boost for me to have that support, so to be coming back again and nominated for this is just amazing. You can help Nordoff Robbins right now by downloading the version of Leave A Light On I did with the Red Hot Chilli Pipers – all the money from that helps them to keep doing their life-changing work. Thank you Scotland!”

Formed in Glasgow in 1977, Simple Minds have sold more than 70 million records over the last four decades. With six UK Number One albums to their name, the band have one of the most iconic back catalogues in music history, ranging from electronica infused post-punk to strident, stadium-filling anthems. Over their 40-year career, the band have been responsible for some of the most innovate and enduring anthems in rock music including ’Don’t You (Forget About Me)‘, ’Alive and Kicking’ and ‘Belfast Child’. Having collaborated with artists from Bono to David Bowie to Iggy Pop, Simple Minds are, quite simply, one of Scotland’s biggest exports to the international music scene. Nominated for the Specsavers Outstanding Contribution to Music Award, Simple Minds will also perform at the awards ceremony at the intimate Old Fruitmarket.

Joesef said, “Cheers to Nordoff Robbins for thinking of me as a nominee for the Best Breakthrough award. I still don’t feel like I’ve even kicked a ball yet so this is pretty special.”

JULIE WHELAN, NORDOFF ROBBINS CHIEF EXECUTIVE, SAID:
“Each year we are fortunate enough to celebrate some of the most influential names in Scottish music, all while raising crucial funds to help our charity enrich the lives of people living with life-limiting illness, disability or isolation. We are so proud of our Scottish presence as a charity, and this event gives us an opportunity to celebrate our work both in local communities in Scotland, and those right across the UK”

JILL MCARTHUR, CHAIR OF SPECSAVERS IN SCOTLAND, SAID:
“We are delighted to support this year’s 2019 Specsavers Scottish Music Awards.
The work of Nordoff Robbins and The Scottish Music Awards is a true inspiration to the people of Scotland which is why Specsavers has returned as headline sponsor of the event for this year. We look forward to working with both the event organisers and charity to ensure the 2019 awards are the most successful to-date and we wish all artists the best of luck on the evening.”