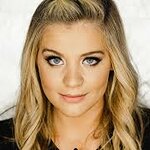 Musicians Lauren Alaina, Lewis Brice, Terri Clark, Billy Gilman, Dennis Quaid, Kalie Shorr, and Rita Wilson will join the performance lineup, which already includes two-time 2020 Grammy winner Tanya Tucker, who is set to open the show. In addition, singer Mickey Guyton will make a special appearance, as will actor, producer, and director Matt Bomer, who will introduce Wilson. The event will be live-streamed on YouTube, Facebook, and at www.F4LA.org/concert, with additional appearances and performances to be announced.

“This show just gets better and better each year, and while we would rather be doing it as a live event in Nashville, we know that we have the opportunity to reach so many more people with our message of love and acceptance through this one-time online format. And, of course, our message takes on an especially elevated meaning this year in light of all that is happening around us. Our hope is that on this night we can all stand together in unity as one,” said Ty Herndon.

ACM Lifting Lives is a first-time event partner in 2020 and will be allocating proceeds to its initiatives.

“ACM Lifting Lives is honored to join forces with Ty and the Concert for Love and Acceptance,” said Lyndsay Cruz, Executive Director of ACM Lifting Lives. “We’re honored to support the message of creating a more accepting environment and jumped at the opportunity to help inspire awareness, and healing, through the power of music.”

For the third consecutive year, CMT returns as Presenting Partner of the event, with Cody Alan serving as co-host, a role he’s held for the past four years. A well-known and respected veteran personality, producer and programmer in the broadcast industry, Alan is a past recipient of the ACM National On-Air Personality of the Year award, and host of CMT Hot 20 Countdown, CMT’s flagship music TV show, delivered to over 90 million homes weekly, as well as host and executive producer of CMT After MidNite and CMT Radio Live, heard on 220+ stations, with nearly 8 million monthly listeners.

“This event has become one of the most meaningful events of the year for me, not only for the vital causes the show supports, but also because of the generosity of the talent who support inclusion in the Country-community. I’m thrilled to be back representing CMT, with the added bonus of bringing the show into country fans’ living rooms. Proud without the crowd!” said Cody Alan.

“GLAAD is proud to have been Ty Herndon’s partner in this groundbreaking endeavor since 2015, and as we press on through this very difficult moment in the health and safety of our nation, LGBTQ Americans are especially vulnerable – including LGBTQ youth who may be isolating in homes that are not accepting of them. Many of them – and their families – are country music fans, and this event will send affirming messages of support and encouragement around the globe,” said Sarah Kate Ellis, President & CEO of GLAAD.

For more information and ongoing updates, as well as to RSVP for the live online event, visit the Foundation for Love and Acceptance at www.F4LA.org.