Citi Open Chairman Mark D. Ein announced this weekend that his foundation and the tournament will match a pledge made earlier this year by three-time Grand Slam winner, and UNICEF Ambassador, Andy Murray to donate all his 2022 winnings to UNICEF’s effort to help children in need in Ukraine.

The Citi Open will not only match Murray’s prize money in next week’s tournament, but also launched a new web site, MatchUkraine.org, to encourage fans in the stadium and all over the world to support efforts in the embattled country by donating with every round he plays.

“We must do everything we can to help the situation in Ukraine,” said Murray. “The most devastating aspect of this horrible tragedy is what is happening to children. I encourage everyone to join in and help these kids. Together, the Citi Open and tennis fans everywhere can stand up and make a difference. I know I will give it everything I have on the court to help UNICEF with their mission to help the children of Ukraine.”

“Andy Murray’s efforts to help children in Ukraine inspired all of us and we want to use our platform in Washington to help him do even more,” said Ein. “Andy demonstrated why he is one of the most respected leaders in sports when he selflessly stepped up just after the invasion of Ukraine to help millions of children in need—a need that grows with each passing day. We have all seen the tragic toll on innocent children and their families caught in the crossfire. The Citi Open is proud to join Andy in raising funds to help this important cause, and we invite our fans and tennis fans around the world to do the same.”

“Andy Murray is a champion on and off the court,” said Michael J. Nyenhuis, CEO and President of UNICEF USA. “The generosity shown by Andy, the Citi Open and tennis fans around the world could not come at a more critical time for children in Ukraine, who are continuing to face unprecedented challenges.”

Through this week, Murray’s prize money donation is more than $300,000 and he could make another $342,800, which would then be matched by the Mark and Sally Ein Foundation and the Citi Open, if he wins the title at the Citi Open in the Nation’s Capital.

UNICEF’s emergency response teams and partners are continuing to deliver safe water to families in communities where water systems are barely functioning. They are providing health care, nutrition and education support where services are severely lacking or have shut down entirely. And they are focusing on protecting children from violence, exploitation and abuse in the face of increased threats of gender-based violence and the risk of harm from mines and other explosive remnants of war. 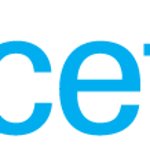 Double Grammy Award nominee, BRIT Awards and Mercury Prize winning musician/poet Arlo Parks has been made a UNICEF UK High Profile Supporter, elevating her support of the charity and commitment to protecting the rights of children around the world. More →