Earth Hour Extends To All Corners Of The Planet 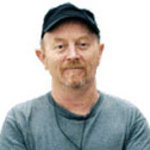 On Saturday, March 28, between 8.30pm – 9.30pm, people around the world are being encouraged to switch their lights off in a bid to reach the target of one billion people who are committed to fighting climate change. And to celebrate, Dave Dobbyn, Anika Moa, Op Shop and many more will perform live on More FM and be broadcasted around the country.

“In recognition of the importance of addressing issues such as climate change, MediaWorks is delighted to be supporting WWF New Zealand and their Earth Hour campaign across both our television and radio brands,” said Brent Impey, CEO of MediaWorks. “We look forward to doing our bit to get as many New Zealanders as possible to participate on the night.”

Earth Hour is a global annual event created by the WWF that asks households and businesses to turn off their non-essential lights and electrical appliances for one hour to raise awareness towards the need to take action on climate change. Held for the first time in 2007, Earth Hour is endorsed by the UN and celebrities such as Jeremy Piven, Edward Norton, Janeane Garofalo, Alanis Morissette and Desmond Tutu.

Earth Hour has grown from a single event in Sydney, Australia, in March 2007 to a global phenomenon that will change the way the world sees climate change. On March 31, 2007, over 2.2 million people and 2,100 corporations in Sydney turned their lights off for an hour, creating an energy saving of 10.2% – that’s roughly the same as taking 48,000 cars off the road!

More information about events being held to celebrate Earth Hour can be found at the official Earth Hour website.