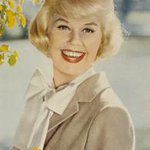 Doris Day has appeared in 39 films, has recorded over 650 songs, is an Academy Award nominee, as well as a Golden Globe and Grammy Award winner. But today, the world’s top ranking female box-office star of all time isn’t gracing the silver screen: she’s working full-time with animals and her non-profit organizations, the Doris Day Animal Foundation (established in 1998) and the Doris Day Animal League (which recently merged with The Humane Society of the United States).

Day penned an exclusive blog for CNN on April 9, where she spoke about her love for animals while reminding people that April is Prevention of Animal Cruelty month.

“My request is that you be a good citizen and keep an eye out for your neighbors’ dogs, cats, birds and other animals to make sure they are being treated humanely.” Day wrote. "You would not believe how much mail I receive and the terrible stories I hear about dogs chained and left for hours, crying all the time; or cats confined to the smallest spaces and left in the cold, or other tales of dogs, cats and birds that are too shocking to tell to humane and sensitive people.

“At the very least, animals should have shelter, food, water, protection from the weather and the company of their guardians. That’s the absolute minimum. I am asking you to make sure the animals near your home, school and/or workplace are well treated.”

One suggestion from Day is the establishment of a “Neighborhood Watch” program where community outreach includes animals.

“Many of us are dedicated members of “Neighborhood Watch” and other community groups where we watch out for those nearby. You can easily expand this community outreach and protect the animals, too," she wrote. “If you were aware of a child being treated badly, you would, hopefully, take action and report the problem to someone in authority. It shouldn’t be different with animals. Animal abuse is illegal, and every community has its own laws and rules about what defines humane behavior toward animals.”

For more info, please visit the Doris Day Animal Foundation, which is an amazing non-profit organization dedicated to improving the lives of animals and the people who love them.