Want To Mingle With The "Entourage" Cast For Charity? 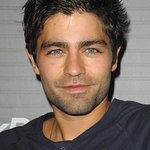 Fans of Entourage won’t want to miss the auction currently happening over at CharityFolks!

The auction is giving fans the chance to join Vince, Drama, Turtle, Eric, Ari, Mrs. Ari and the gang with two VIP tickets to the Season 6 Premiere of HBO’s Entourage at the Paramount Theatre in Los Angeles on July 9, 2009!

What’s more, you’ll mingle with the stars at the ultra-hot after-party and meet the show’s incredible Emmy Award Winning Casting Director, Sheila Jaffe! In addition to Entourage, Sheila has casted for such hit shows as “The Sopranos” and featured films including “Rocky Balboa,” “Invincible,” “The Italian Job,” and “The Accidental Husband.”

In true star style, you’ll enjoy posh accommodations in a WOW Suite at The Standard Downtown LA and dinner at the hippest eatery in town – Koi Restaurant.