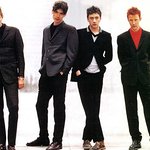 British band The Enemy and singing sensation Little Boots are to play gigs as part of a forthcoming exhibition project by photographer Rankin for children’s music charity Youth Music.

Youth Music is the UK’s largest children’s music charity, set up in 1999 to promote and support music making opportunities and to provide advice to children from birth – 18 with the least access, including some of the UK’s most disadvantaged young people. Youth Music works alongside the formal and community-based sectors to support music-making and training.

The acts are set to play at London’s Phillips de Pury Gallery on November 12 and 13, and are part of a week-long series of music and art events.

Photographer Rankin has asked a host of top musicians and acts – such as Blur's Alex James, Alanis Morissette, Beth Orton, Kylie Minogue, Keane, Jarvis Cocker, Kasabian and REM’s Michael Stipe – to customise a picture of themselves for the exhibition, titled Destroy.

Tickets will go on sale on September 28 from here.