Now is the Hour For Chris Tucker 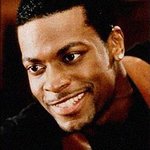 He’s a movie star, a comedian, and now, as his new film Rush Hour 3 is released around the world, Chris Tucker has revealed a philanthropic side to his persona as well.

The 35 year old comedy actor recently talked about his activities during his 6 year break from movie making, which has included several trips to Africa and the formation of a non-profit organization.

“People are used to the normal thing,” he said. “Make as much money as you can, work as much as you can. I wanted to travel the world and meet interesting people. I took advantage of being a celebrity.”

The actor first traveled to Africa in 2001 to publicize Rush Hour 2. However, he was both shocked and horrified at what he found there.

“I saw different situations in Africa – kids and orphans in villages with no clean drinking water because an animal had died in the water system, and they didn’t have $1500 for a new pump.”

This experience had a profound effect on Tucker, and really opened his eyes to the plight of the African population. The following year he visited the continent again, this time to make an MTV documentary with U2 singer Bono and former Treasury Secretary, Paul H O’Neill. The film, Diary of Bono and Chris Tucker: Aiding Africa, looked at how US money could help African countries deal with Aids, unsanitary living conditions, and hunger.

“I remember going to Ethiopia with Bono. It was to this orphanage. Little babies were crying. Six months old. Some were blind. I was, like, ‘What can I do?’ These people are helpless.”
What he did was set up the Chris Tucker Foundation in 2005. The non-profit organization aims to provide clean water to villages in Ghana, as well as to fund projects that help fight Aids in Africa.

“It’s in a young stage,” said Tucker. "I want to focus on kids. I teamed up with US Doctors for Africa to work with hospitals there. And I want to get into education. I saw what Oprah did with a school for girls. I want to be part of opening a boys school."

Tucker has made several more trips to Africa over the last few years, some of them with his close personal friend Bill Clinton. This has led to meeting other world leaders, many of whom now lend their support to Tucker’s charity work.

One such leader is Nelson Mandela, who hopes the Chris Tucker Foundation will assist the needy in South Africa. Tucker clearly remembers their first meeting.

Tucker and his Rush Hour 3 co-star, Jackie Chan, hope to attend some charity premieres of their new film, and he already has a few new movie ideas in development.

“I’m happy to be back making films,” said Tucker in a recent interview, but it is clear that Africa is never far from his thoughts.