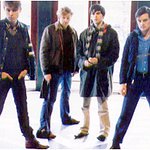 British band the Kaiser Chiefs have been added to the bill for this year’s Concert For CARE.

The Kaiser Chiefs have had a whirlwind past five years; three Top 5 albums, numerous hit singles, and 2009 saw them sign off with a hometown showing at this years Leeds Festival. Since that performance, the band have decided to take some time away from the spotlight, slowly beginning work on album four. Having worked with David Arnold in the recent past, the Kaiser Chiefs are delighted to make an exception to their time off the road and lend a musical hand to ‘Concert For CARE’.

Music and Comedy giants – such as Gary Barlow, Rob Brydon, Damien Rice, David Walliams and more – will join together in a one off event for aid agency CARE International. This one-off live event will take place at London’s Brixton Academy on November 2.

‘Concert for CARE’ is the brainchild of David Arnold, one of Britain’s most successful film and television composers and ambassador for CARE International (CARE). CARE works in 70 countries and helps 55 million people to find ways out of poverty each year.

Announcing the line up David Arnold said: “I have wanted to do this concert from the day I met a 20 year old woman in Rwanda who was orphaned at 14, is HIV positive and has to look after her two younger brothers. Without CARE’s support she would be unable to keep them in school, feed them or keep a roof over their heads. I have asked my colleagues from the music and comedy world to get together to help raise money and awareness of the amazing work CARE does all over the world.”

Geoffrey Dennis, CARE International UK chief executive, said: “We are really proud to have David Arnold as a CARE Ambassador. The money raised from the concert will mean that we can continue to help some of the world’s poorest people.”

Tickets are priced £30 and can be purchased from www.ticketweb.co.uk.