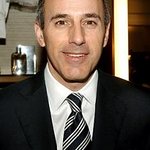 Presented in partnership with sponsor and founding partner Pearson, Jumpstart’s Read for the Record is a celebration of reading and community service created to raise awareness about how important reading with young children is to developing crucial early language and literacy skills for success in school and in life. This year’s campaign donated more than 275,000 books and raised more than $1.4 million to support Jumpstart’s year-long work with preschool children. Donations are still being accepted at www.readfortherecord.org/donate.

Look To The Stars attended a special reading in New York by Nelly Furtado. We were also lucky enough to interview Lo Bosworth about her involvement with Jumpstart.

Jumpstart was founded in 1993 at Yale University at the intersection of two national trends: the public need for quality early childhood programs and the emerging national service movement recruiting thousands of college students to community service. During the first year of the program, 15 college students worked one-to-one with 15 preschoolers at New Haven Head Start.