By Elizabeth Willoughby on December 28, 2009 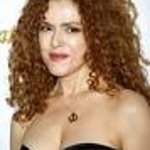 At the New York Palace Theatre’s closing ceremony of the 21st annual Gypsy of the Year Competition, a six-week fundraising event that finished earlier this month, Bernadette Peters announced that a record-breaking $4.6 million had been raised.

The money was raised by 60 Broadway, Off-Broadway and National Tour companies – including original song and dance performances created by the casts of more than a dozen shows – to benefit Broadway Cares/Equity Fights AIDS (BC/EFA), a charity that provides grants to Actors Fund social services and American family services and AIDS organizations.

A second record was broken during the competition by A Steady Rain. This Broadway play, staring Daniel Craig and Hugh Jackman, raised over $1.5 million for BC/EFA alone, more than double the record last set in 2003 by The Boy from Oz in which Jackman had also performed.