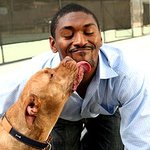 On January 2, the Los Angeles Kings held a charity game, “Face-Off for Hope,” to benefit City of Hope. It took place at the Staples Center immediately after the Kings-Washington Capitals game.

A portion of proceeds from ticket sales and service fees was donated to City of Hope, a leading research, treatment and education center for cancer and other life-threatening diseases.

Robitaille said, “Raising awarness and support for City of Hope is the reason why we are all coming together. We hope our fans enjoy this event while helping to raise funds and awareness for cancer and other life-threatening illnesses.”

The charity game kicked off “Month of Hope.” The Kings will spend the entire month of January supporting City of Hope.

City of Hope, one of the largest cancer research and treatment organizations in the United States, announced last week that Grammy-nominated recording artist Nick Jonas will perform at the upcoming “Hope Gala” at Segerstrom Center for the Arts in Costa Mesa, California, on September 10. More →