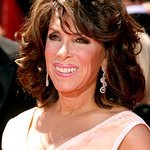 As reported last month by LookToTheStars.org, Young and the Restless star Kate Linder has announced she will hold her first annual Celebrity Charity Gala in Hollywood on February 11. She has now announced some of her celebrity friends who will join her.

The gala includes a gourmet dinner with the stars, live entertainment and a live auction.

Tickets are $100 or VIP $150, and are available by phoning (570)677 4975 or emailing events@emergingmagazine.com. Information can also be found at the Emerging Magazine website.

The mission of the ALS Association is to lead the fight to cure and treat ALS through global, cutting-edge research, and to empower people with Lou Gehrig’s Disease and their families to live fuller lives by providing them with compassionate care and support.