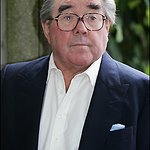 British comedy legend Ronnie Corbett is among a host of celebrities who have pledged their support online for the Royal National Lifeboat Institution's biggest fundraising day, SOS Day, which takes place on Friday 29 January.

As part of a fundraising challenge called Sell Our Secrets, the celebrities have each filmed short ‘teaser’ videos, which are posted on the RNLI Shout! YouTube channel, saying they have a secret or story to share.

They’re asking YouTubers to make a donation to help them meet their fundraising target for RNLI SOS Day. In return, they will disclose their secret, story or anecdote via a ‘reveal’ video posted on the site on 29 January (RNLI SOS Day). Visitors to the site are also being encouraged to get involved by posting videos or text comments sharing their own secrets or stories.

‘SOS Day is the RNLI’s biggest day of fundraising and we’re really thrilled have such a fantastic group of celebrities supporting the cause to help our volunteer crews and lifeguards.

‘Sell Our Secrets is a fun and exciting challenge. We really hope people will visit the site, watch the teaser videos and encourage the celebrities to reveal their secret or story on 29 January by making a donation to help the charity that saves lives at sea. Anyone who wants to get involved by sharing their own secret or story online is very welcome to do so.’

As a charity, the RNLI relies entirely on voluntary public donations. All funds raised help the charity’s volunteer lifeboat crews and lifeguards go on saving lives at sea around the coasts of the UK and Republic of Ireland. More information about RNLI SOS Day can be found at www.rnli.org.uk/sos.