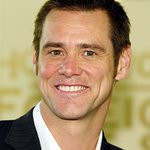 Jim Carrey and Jenny McCarthy hosted a special event in Miami to raise money for charity during the weekend.

The celebrity couple hosted the Saturday Night Spectacular event to raise money for Jenny’s Generation Rescue autism charity. Attended by a number of celebrity guests, such as Shannon Elizabeth and magician David Blaine, the event featured a poker tournament, live entertainment and a performance by Cirque USA.

McCarthy is well known for her work supporting autism research, a cause she became involved with after her son was diagnosed with the condition. As well as supporting a number of organizations dedicated to children with autism, such as the TACA and the HEAL! Foundation, the model-turned-actress also wrote a book called Louder Than Words documenting her struggles to cope with a son who suffers from autism.

“This is so important. Everyone knows someone who has been touched by autism,” said Carrey at the event. “It’s important to know that there is hope.”