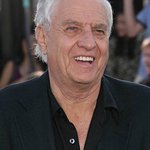 The all-star cast of Valentine’s Day – screening in theaters now – were more than happy to learn that the set of the film was entirely environmentally-friendly.

“There are a lot of things wrong with our environment, so to go green seemed to me to be a very good thing,” said director Garry Marshall. “It’s not that big an effort. If we could do it, others can do it.”

Producers of the film ensured that biodegradable and recyclable materials were used where possible during the making of the movie.

“We had a green set, so there was a lot of dedication and hard work that went on in this movie to using solar panels and clean energy and recycling,” said Ashton Kutcher, one of the stars of the film. “Due to the fact that the movie was shot in Los Angeles actually made that an easier thing to make happen. In some ways it worked out, and in some ways it didn’t, but I think every opportunity we have in our industry to make what we’re doing a more environmentally conscious effort is a good thing. So supporting a movie that was made that way, I think, can contribute to that.”