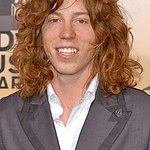 From sending pow sprays to climbing bulletproof pipe walls and negotiating jibs to kickers in rapid-fire succession – snowboarder Shaun White relies on one board – “The Operator.”

Fresh out of the Winter Olympic Games, where Shaun White won his 2nd Olympic Gold Medal, he visited the set of the Rachael Ray Show where he signed his signature snowboard live on air to be auctioned for Rachael’s nonprofit, Yum-o! The board is up for auction at CharityFolks.com until March 10th.