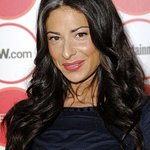 The Brooklyn Regional Office of the American Cancer Society will be hosting a “starry night” on May 6th at its second annual Pink & Black Tie Gala. The event will be hosted by Brooklyn’s own Stacy London – co-host of TLC’s “What Not To Wear” and committed ACS volunteer

With a roster of celebrities donating their time and efforts to the success of the event, this year’s Gala will be a fun-filled and stylish tribute to Brooklyn’s achievements on the big screen. Fittingly, the event will be held at Steiner Studios in Brooklyn, the borough’s notable movie and television studio.

For a second year, Brooklyn’s own style expert Stacy London will host the Gala. Stacy is one of America’s premiere style experts, helping women to boost their confidence by creating and celebrating their personal style. The co-host of TLC’s “What Not To Wear” is a committed volunteer for the Brooklyn Office of the American Cancer Society, assisting with efforts at Hope Lodge and with the Look Good Feel Better program.

“I don’t know anybody who isn’t affected by cancer, whether it’s friends, relatives, or ourselves,” said Stacy. “Cancer is a devastating disease and I would do anything for the American Cancer Society. It is just an unbelievably worthy cause.”

A highlight of the 2010 Gala will be the Lucky Star Auction, featuring more than 200 amazing lifestyle items including designer fashions, luxury trips and beauty and wellness packages. Auctioneer Elyse Luray, also back for a second year, was an auctioneer at Christie’s for 11 years, responsible for setting many record prices. She is currently one of five hosts on the PBS series “History Detectives”. Elyse will also preside over a special “Raise the Paddle” auction at the Gala to benefit Camp Adventure, the American Cancer Society’s free summer camp for children with cancer and their siblings.

The evening’s feature performer will be Tina Sugandh, who is quickly becoming known as “The World’s First Bollywood Pop Star.” This singer, songwriter, dancer, guitarist, tabla player, and actress has had two Billboard charting singles and has been on several Hollywood blockbuster soundtracks.

Gala attendees will leave with a fabulous luxury gift bag as well as a special handbag from Miche Bag with two exchangeable outer shells; the “Hope” outer handbag shell features inspiring quotes from cancer survivors. Miche Bag has set a ONE MILLION dollar donation goal by the end of 2010, including this donation to the Pink & Black Tie Gala.

Proceeds from the Pink & Black Tie Gala support the Brooklyn Office’s free, expert help to more than 3,000 patients and their families facing cancer each year, as well as the Society’s national research program. Tickets start at $275. For more information on the Pink & Black Tie Gala and to purchase tickets, please visit www.pinkandblacktiegala.com or call Tamara Ehlin at 718.622.2492 ext. 5115.