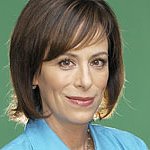 A cast of celebrities have rallied together to donate items for a star-studded online auction for ConAgra Foods Child Hunger Ends Here Neighborhood Rally campaign benefitting Feeding America, the nation’s leading hunger relief organization. The auction, which is now live, will run through Tuesday, May 18 on actress Jane Kaczmarek's Clothes Off Our Back celebrity auction site.

Featured items include a signed pair of skates from Olympic gold medalist Evan Lysacek, a Christian Dior dress worn by Dana Delany on an episode of “Desperate Houswives,” Stephanie Pratt's birthday dress featured on an episode of “The Hills,” signed CDs from Sugarland and Kellie Pickler, as well as multiple garments from Courteney Cox, David Arquette, Kathy Ireland, Alison Sweeney and Brenda Strong, among others.

The celebrity auction is one component of an integrated marketing campaign led by ConAgra Foods that launched in March to raise funds for Feeding America. The goal of the Neighborhood Rally campaign is to draw attention to and support for the issue of child hunger in America, which affects children throughout the United States, in neighborhoods large and small.

“Clothes Off Our Back has been helping celebrities give back to important child-focused causes since 2002, so we are thrilled to be able to support ConAgra Foods campaign to benefit Feeding America,” said Jane Kaczmarek, actress and Clothes Off Our Back Founder. “The monies raised from this celebrity auction will help Feeding America reach their goal of providing food to more than 14 million children.”

According to recent research from the U.S. Department of Agriculture, nearly one in four children in the United States doesn’t know where their next meal is coming from. Through the Child Hunger Ends Here Neighborhood Rally campaign, thousands of individuals in communities across the nation have been helping kids at risk of hunger by rallying together at neighborhood events, collecting food and monetary donations and building awareness about the issue among their online and offline communities. The program’s website provides more information about the issue of child hunger and details on the number of ways to get involved, including purchasing one of seven ConAgra Foods brands through May 31st. For each purchase of a Banquet, Chef Boyardee, Healthy Choice, Manwich, Marie Callender’s, Orville Redenbacher’s or Peter Pan peanut butter product, one meal will be donated to Feeding America – up to 2.5 million meals this year.