Supporting A Colorful Vision Of Hollywood 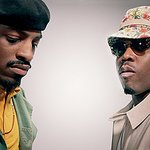 The 15th annual Diversity Awards, a night when Hollywood celebrates diversity in the fields of film and television, took place at Universal Studios on November 17. The event is a benefit for the Multicultural Motion Picture Association’s (MMPA) Educational and Development Scholarship Fund, which helps talented and dedicated students seeking entry into the film and television professions.

The black tie event was open to the public at a ticket price of $300.00, and included a live auction conducted during the dinner in an effort to raise funds for the scholarship fund. A signed guitar by the members of R&B group Outkast was among the items for bid. A basketball signed by the original members of the Olympic Dream Team, including Larry Bird, Michael Jordan, and Magic Johnson, was also up for sale, and from the newer regime of basketball fame, there was a sneaker autographed by Kobe Bryant.

Oscar Torre, of the CBS hit “Cane”, expressed his excitement about presenting an award to “The Bronx is Burning”, a miniseries that represents multiple cultures. In a red carpet interview, Torre shared his sentiments about working on “Cane”: “I grew up watching very few Latinos on TV and when I would see them… they would be playing criminals, delinquents, and maids. It is great to do a show about Latinos, and Latinos doing well.”

Heroes star Jimmy-Jean Louis – commonly known as “The Haitian” – presented an award to his “Phat Girlz” co-star, Monique. Answering the question of how important it was to present drama that is diverse, Louis said “It is a shame that we have to make it a point, nowadays, when it should be normal to see all kinds of people on TV.” He also spoke proudly of the diversity on Heroes, “It has Japanese, Indians, Blacks, Haitians, Latinos and it is doing really well. The whole world is watching. Hopefully, in the next few years, there will be more shows like that which will bring people closer together to being able to accept each other.”

The awards gala opened with a spirited song and dance featuring moments from High School Musical 2, in homage to Kenny Ortega, winner of the award for Best Director of a Comedy or Musical for the blockbuster Disney sequel. Other distinguished award honorees included Leonardo DiCaprio and fellow producers of the eco-crisis documentary The 11th Hour, which received the award for Best Documentary.

Currently starring in American Gangster, Idris Elba took home the award for Best Actor in a Drama for Daddy’s Little Girls. When asked what it meant to him to receive the Diversity Award in this category, he replied “It’s huge! The Diversity Award is a great award to get as a best actor…this is actually my first award ever. It’s also great to show there is diversity in our industry. The fact that a black man in a predominately black film can win this award is a huge step forward.”

Brittany Snow and Elijah Kelly won the Nova award for their artistic performance in the cult-classic turned hit summer film Hairspray. The Nova award is for rising young stars. Other Diversity Award winners included actor Jon Heder, and the casts of House, The Office, Shark, and Passions.

More information on winners can be found at www.thediversityawards.org.