Robert Pattinson And Others Raise Their Hands For Charity 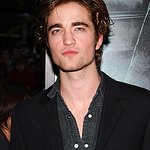 Robert Pattinson has put his hand up for charity – by joining other celebrities to support The Body Shop’s Stop Sex Trafficking of Children and Young People campaign.

The Twilight actor has joined stars such as Sienna Miller, Naomi Campbell, Jamie Oliver, Katie Melua, Ben Kingsley and Joanna Lumley in tracing around their own hands to promote the campaign’s online petition to stop human trafficking.

“Human trafficking exists in countries all over the world, not just the poorest,” explains a release from the campaign. "According to the United Nations, it is the third-largest and fastest-growing criminal industry in the world, with more than 1.2 million children and young people trafficked every year.