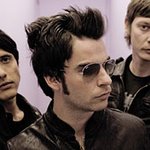 Stuart Cable, the former drummer of the rock band Stereophonics, was found dead on June 7th – and in his memory, his most recent band, Killing for Company, has released a single called “Former Mining Town.” It has also been called the Official Stuart Cable Memorial Single.

The single has been supported by various different bands including Stuart Cable’s previous band, Stereophonics.

“Myself, Richard and the boys would like everyone to join us in supporting Killing For Company’s charity single, ‘Former Mining Town.’ Stuart was our lifelong friend and brother; he will be sadly missed. Let’s give him and his boys a final shout, and also to Teenage Cancer Trust, a charity we have supported for 10 years with Roger Daltrey. Thank you. Long live rock ‘n’ roll," said Kelly Jones, a former Stereophonics bandmate.

Other notable supporters of this single include the actor Rhys Ifans, The Who, Manic Street Preachers, Oasis and Kasabian.

Proceeds from the single will go towards the Teenage Cancer Trust and Ty Hafan, a family hospice for young lives.

To learn more and buy the single, click here.