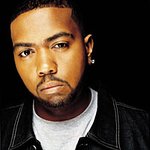 A major worldwide fashion store and a charity set up by artists and fashion designers have initiated a campaign to help raise money and awareness for HIV/AIDS projects.

H&M, a chain of 1,500 stores spread across 28 countries, has joined together with Designers Against AIDS to launch Fashion Against AIDS, a clothing collection for men and women, designed to draw attention to HIV/AIDS and increase awareness of the disease. Musicians, designers and artists such as Timbaland, Good Charlotte, Jade Jagger, and Ziggy Marley have collaborated to create a special selection of T-shirts, tank tops, and hooded sweatshirts that use color and style to highlight the cause.

“Supporting the Fashion Against AIDS campaign was a great way to encourage my fans to join me in the fight against HIV/AIDS,” said singer Rihanna, who is also taking part in the initiative. “I love that H&M is providing a fashionable and easy way for young people all over the world to get involved in this worthy cause.”

All of the items in the collection – expected to hit shelves in February – will cost between $15 and $40, and 25% of the proceeds will go to HIV/AIDS prevention projects around the world, including those administered by YouthAIDS. Each article is made from 100% organic cotton, and carries the label “This might be the most important piece of clothing you’ve ever laid your hands on”.

“It’s a collection that’s rich in color, with considerable commitment going into every garment,” said Margareta van den Bosch, H&M Head of Design. “The artists have created personal prints with a strong sense of style.”

HIV/AIDS has reached epidemic levels in many parts of the world, and both the artists and H&M hope the Fashion Against AIDS campaign will highlight the fact that no one is safe from the disease, and the message will inspire young people to be safe.

“Fifty per cent of the people newly infected with HIV are aged between 15 and 24,” said Ninette Murk, founder of Designers Against AIDS. “There’s an urgent need to do something in this target group. By combining fashion with music in this way we hope to get these young people to ‘stop and think’, as [fashion designer] Katharine Hamnett puts it on one of the garments in the collection.”

Other artists and designers to take part in the initiative include Rufus Wainwright, The Cardigans, My Chemical Romance, Tiga, and Henrik Vibskov. More information can be found at www.hm.com.