Musicians Start The Year With Generosity 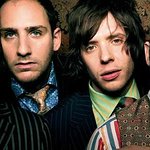 2008 has only just begun, but already celebrities are straining at the leash to spread generosity among those who need it. And a host of musicians have kicked off the year with donations and events to raise money and awareness for a number of good causes.

Pop group OK Go are set to release a charity EP on iTunes on February 5, with all proceeds going to victims of Hurricane Katrina. The 5-song release, “You’re Not Alone”, will coincide with Mardi Gras 2008, and will benefit New Orleans-based musicians displaced by the 2005 disaster.

“New Orleans is one of the last places in America where music is truly a fundamental part of everyday life,” said OK Go singer Damian Kulash, whose hits include “A Million Ways” and “Here It Goes Again”. “People get together on the weekends and parade through the streets just playing songs; 12-year-old-kids learn funk on the tuba; everyone dances. Life elsewhere in the world simply isn’t as celebratory. If we allow the culture of New Orleans to die by leaving its musicians marooned around the country, America will have lost one of its great treasures.”

iTunes has agreed to waive all proceeds from EP sales, and digital distribution powerhouse IODA will promote it free of charge. In addition, free freight shipping is to be provided by EFM Worldwide/Horizon Cargo, and Music Travel Management has contributed free airfare for the band to play two benefit shows – January 11 at Tipianas, New Orleans, and February 2 at The 9:30 Club in Washington DC.

Rockers Switchfoot have also been on the charity trail recently, and have raised over $100,000 for Habitat For Humanity. The band donated $1 from every ticket sold during their Appetite For Construction tour to the organization, and also spent time working alongside volunteers for the charity during some of their stopovers.

Country singer and Grammy nominee Taylor Swift is another celebrity to show her generous side recently, when she donated the pink Chevy pick-up truck given to her by her record label to children’s charity, the Victory Junction Gang.

“[The organization] has camps all over the country for children who are sick,” said the 18-year-old singer. “For one week they can forget they’re sick and just have a blast and hang out with other people they can relate to. They look forward to it, and I love that cause.”

The Victory Junction Gang will use the truck to pick up children from the airport and give them a fun ride to the camp.

Swift will also perform at Nashville’s Sound and Speed event, the NASCAR and country music celebration to be held on January 11 and 12 to benefit the Victory Junction Gang. She will officially hand the keys of the truck over to NASCAR driver and organization founder Kyle Petty during the event. More information can be found at www.victoryjunction.org.

Singer and founder of the Show Me Campaign, John Legend, will join Earth Institute director Jeffrey Sachs for an evening of information, discussion, and music at Columbia University on January 28, as part of the Show Me Poverty Action Tour. The evening hopes to stimulate people to actively work to overcome global poverty, and more information can be found at the University website.

Pop group the Barenaked Ladies are to play at the North American Auto Show’s annual black-tie charity gala at Cobo Arena, Detroit, on January 18. The $400 ticket price will benefit a host of local children’s charities, including Barat Child and Family Services, the Boys & Girls Club of Southeastern Michigan, Boys Hope-Girls Hope of Detroit, The Children's Center, and the Detroit Institute for Children. Proceeds will go towards goods, clothing, and health and support services for needy children. Tickets and information can be found at www.naias.com.

And finally, February 25 will see a charity concert commemorating the 5th anniversary of the Station Nightclub tragedy in Rhode Island, the fourth largest nightclub fire in US history.

The concert will be held at the Dunkin Donut Center in Providence, Rhode Island, and will feature Twisted Sister, Tesla, Stryper, as well as members of Staind, Boston, and Chicago.

The show has been organized by the Wake Up To Love Foundation, founded by Tesla drummer Troy Luccketta, and proceeds will go to the Station Family Fund, an organization set up by the community to assist victims of the fire. 100 people were killed in the blaze, with another 200 seriously injured, and 65 children lost either one or both parents. Survivors still struggle for compensation and support, and many are unable to meet their monthly needs.

Tickets for the show are available at www.ticketmaster.com. 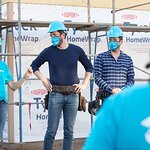