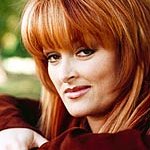 Country music legends Wynonna and Naomi Judd will revisit their Appalachian home together when they join CSX, Food City, the Kingsport Area Chamber of Commerce and Kids Wish Network as special guests on the 2010 Santa Train on November 20.

The Appalachia natives will be kicking off their highly anticipated self-proclaimed final tour, The Judds: The Last Encore, the day after Thanksgiving. The Judds’ farewell concert series will feature brand-new music, including their first single in 10 years, “I Will Stand By You,” while also mixing in 25 years of duets and Wynonna solo hits for their fans. The GRAMMY award-winning duo has not toured together since their 2000 Power to Change tour.

Naomi rode the Santa Train in 2005 and passed the tradition on to her daughter, Wynonna, who was the 2009 guest.

“Sharing the joy of the holiday season with children who are growing up in a place so close to my heart is something that I am so honored and humbled to have the opportunity to do,” Wynonna said. “Participating in the Santa Train with my mother makes it even more special to me.”

The Santa Train will make 14 stops in the mountains of Kentucky, Virginia and Tennessee on Saturday, November 20. The Judds, along with Santa Claus and volunteers from CSX, Food City, the Kingsport Area Chamber of Commerce and Kids Wish Network, will deliver 15 tons of toys – more than $300,000 worth – to thousands of residents who live along the route. This year will commemorate the 68th anniversary of the Santa Train.

“We are honored to have an amazing duo like The Judds aboard this year’s Santa Train,” said Tori Kaplan, director of corporate citizenship and special events for CSX. “We know they will bring a special touch to the Santa Train, and further brighten the spirits of Appalachian residents during the holiday season.”

Alison Krauss, Patty Loveless, Kathy Mattea and Travis Tritt are a few of the past celebrity guests who have participated in the Santa Train. Several governors, U.S. senators, representatives, and other local, state and federal officials have also participated in this annual event.

“The Santa Train means so much to the city of Kingsport,” Miles Burdine, Kingsport Area Chamber of Commerce president and CEO, said. “We are truly glad The Judds are revisiting their roots. Having this dynamic mother-daughter duo adds a special family feeling to the legacy of this great event.”

“Being able to be a part of this project is a privilege for Food City, and we are pleased to share it with The Judds this year,” said Ed Moore, Kingsport’s Food City manager. “These wonderful, giving women will bring joy to all of their hometown fans.”

“Kids Wish Network is excited to be a first-time sponsor for this amazing event,” Barbara Askin, Kids Wish Network director of distribution, said. “We are ready to bring smiles and warm holiday memories to the children and families of Appalachia.”