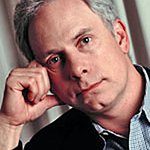 Just hours remain in a charity auction that offers an item for connoisseurs of Rock and arbiters of Roll. The guitar played by Nigel Tufnel (AKA Christopher Guest) of Spinal Tap at the London leg of Live Earth is up for sale in a once-in-a-lifetime event.

The guitar was custom-made for Guest by Ernie Ball Music Man, designers of quality guitars.

“Chris has been a loyal fan of Music Man instruments for years, so when he called me up looking for something to play before billions of people on 7-7-07, we started brainstorming the global warming concept immediately,” said Sterling Ball of the Ernie Ball Company. “Incredibly enough, most of those initial ideas made it onto the guitar, which turned out to be absolutely beautiful.”

The guitar is a true masterpiece to behold, with incredibly detailed designs and features. The top is finished with laser engraved maple, and the knobs are in the shape of an ice cube and an Egyptian pyramid. The three pick-up switches are in the shape of the Eiffel Tower, the Leaning Tower of Pisa, and the Empire State Building, and there is a working thermometer that runs up the fret board.

But the pièce de résistance is the snow globe built into the body of the guitar, which includes a figurine of Al Gore standing surrounded by a miniture snow storm. At his feet sits a “presidential” seal – an endangered Canadian Harp Seal.

“Everyone was so astounded by the guitar – it’s truly a masterpiece, and it plays great, too, of course,” said Guest. “Thanks to everyone at Music Man for their support and ingenuity.”

All proceeds from the auction will go to the Casey Lee Ball Foundation for pediatric kidney research at the UCLA Mattel Children’s Hospital. The Foundation was established by Sterling Ball in 1995, and is now one of the largest pediatric foundations in the world. Ball’s son, Casey Lee, was diagnosed with polycystic kidney disease at the age of two, and the father and son decided to start the foundation when Casey Lee turned five. To date, the foundation has raised over $8 million for the advancement of pediatric kidney disease research.

Buyers interested in the guitar had better be quick: the auction literally ends in a few hours, and can be found at eBay.