Buffy In The Buff For Charity 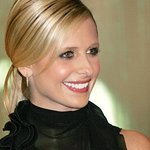 A group of celebrities have bared their skin in a new campaign to increase awareness of skin diseases.

As reported in an earlier article, former Buffy The Vampire Slayer actress Sarah Michelle Gellar has agreed to auction naked photos of herself on eBay, to raise money for the Coalition of Skin Diseases. It can now be revealed that she will be joined in the campaign by Hilary Duff, Minnie Driver, Dave Navarro, Amanda Bynes, Jacqueline Bisset, Regina King, and John Leguizamo, and the autographed photos will be available until February 22 at eBay.

The auction is part of Vaseline’s “Skin Is Amazing” campaign, and the special skin portraits demonstrate what each celebrity finds amazing about their skin.

“My versatility comes from facial expressions and how I hold my body,” said John Leguizamo. “My skin has to be able to take some punishment, whether I’m making faces or doing stunts in movies. It’s how I make my living.”

Each photo was shot by renowned photographer Walter Chin, and features a personal quote from the featured celebrity.

The Coalition of Skin Diseases is an organization that advocates on behalf of individuals who suffer from diseases of the skin by supporting clinical research, fostering physician and patient education, and generating general awareness on skin safety. They also strive to improve the quality of life for those affected.

More information and behind-the-scenes footage of the photo shoot can be found at the Vaseline website.

Another actress famous for baring her skin was the late Anna Nicole Smith, and a new charity has just been launched in her name.

Smith’s former partner, Howard K. Stern, announced the new charity on the first anniversary of the former Playmate’s death on Friday. The Anna Nicole Smith & Daniel Wayne Smith Charitable Foundation – also named in honor of her son, who died in 2006 – is expected to generate funds for a number of causes that Smith supported, including those relating to children, the elderly, and AIDS.

“Hopefully it will grow, help more people each year, and eventually be headed by her daughter Dannielynn,” said Stern. “All donations through February 2008 will benefit a charity in the Bahamas for underprivileged and at risk youths that Anna Nicole wanted to help.”