By Elizabeth Willoughby on December 21, 2010 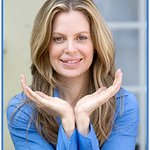 Actress Kristin Bauer is asking Americans to tell their senators to support the Shark Conservation Act in an upcoming vote.

In her letter published last week in the Huffington Post Bauer says, “There is a bill awaiting a vote in the US Senate that would eliminate in US waters the barbaric practice of amputating shark fins at sea, and make our country an international leader in shark conservation.”

After watching Sharkwater, a documentary that aims to expose the realities of the shark finning industry as well as shed light on the nature of sharks that are usually feared by humans, and after participating in some diving expeditions to view sharks in their natural habitat, Bauer says her eyes have been opened.

“In reality,” she says, “humans are the predators and sharks are the prey. We’re hunting many shark populations to the brink of extinction. […] Sharks weren’t put here millions of years ago just to be made into soup. We need them, and they need our help – sharks are part of our ecosystem for a reason.”

For more information on the Shark Conservation Act and to send a letter to your senator, go to this page at Oceana.