By Elizabeth Willoughby on February 24, 2011 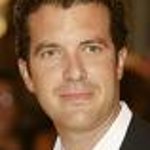 Since 2006, comedian Rick Mercer and philanthropist Belinda Stronach's Spread the Net organisation has been working with UNICEF Canada to purchase and distribute insecticide-treated bed nets throughout Africa, where those most at risk of death from malaria are children under the age of five.

In February 2010, Spread the Net launched the annual [Student Challenge ], which invited high schools and universities across Canada to try to raise the most money for the cause. Although the goal of 500,000 new bed nets has already been reached, the contest does not wind down until the end of this month.

The Student Challenge followed a similar one the previous year which saw the University of Ottawa win in Canada’s east and Simon Fraser University in the west, raising over $800,000 to purchase and deliver the $10 nets.

Spread the Net was co-founded by Mercer and Stronach after a visit to Africa. Providing the inexpensive nets, each which can protect one or more children throughout their most vulnerable years, seemed like a “shockingly simple solution”.