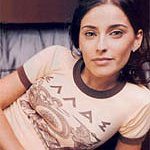 Nelly Furtado has announced that she will donate the $1 million she was paid by Libyan leader Moammar Gadhafi for a show in 2007 to charity.

In a Tweet, Nelly revealed she was paid the money for a 45 minute show at a hotel in Italy. The Gadhafi clan is currently fighting to stay in control of Libya in the face of a bloody and increasingly violent uprising.

Nelly is one of several stars to have accepted money from Gadhafi for performances in recent years, and has yet to announce which charities will receive the donation.

The Unstoppable Foundation announced today that it will host its annual Unstoppable Gala, March 24, 2018 at the Beverly Hilton Hotel in Beverly Hills, California. More →