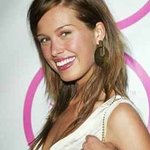 Petra Nemcova, Yoko Ono and Boyz II Men are urging fans around the world to donate to victims of the devastating tsunami that has killed an estimated 10,000 people in Japan.

Petra Nemcova – who survived the 2004 Indian Ocean tsunami but lost her boyfriend – is encouraging people to donate to her charity, Happy Hearts Fund. Nemcova established the charity following the 2004 tsunami to aid children who suffer hardship as a result of natural disasters. The charity has helped build 50 schools in nine countries since it was founded.

“My heart goes out to the people of Japan,” she says. "I speak for all the Happy Hearts Fund team, volunteers and supporters around the world when I say that we are thinking of them today and will be through the rebuilding process.

“HHF is monitoring the situation in Japan closely to see where Happy Hearts’ resources can best be used in the aftermath of this devastating event.  ”We encourage you to also support HHF and other organizations that work in the rebuilding phase after natural disasters."

She also told Good Morning America: “My heart is going out to everyone in Japan because of my experience. Happy Hearts Fund comes in after the first responders leave because it can be up to two to 10 years until actual development can be complete in these areas, but Happy Hearts come in immediately where we rebuild schools and that’s when the kids can just be normal again. If I could ask anyone for help in Japan I’d ask them to help in the Happy Hearts Fund.”

Yoko Ono is also urging fans to help those affected by the tsunami.

“I feel numb now, as if I was there myself and hit with this disaster as you have been,” she writes on ImaginePeace.com. "Only just recently I visited Tokyo, and was delighted how beautiful, clean and quiet the city was! I didn’t expect a disaster like this to happen to the country I love so much.

“One year, John, my husband, Sean and I, were in the hotel in Tokyo. It was in the morning, and the earthquake suddenly hit three of us. I imemdiately grabbed Sean, who was still a little boy then. I went into an open closet, holding Sean tightly, and sat in there, keep repeating “Namyohorengekyo”. After the earthquake subsided, John laughed and said he didn’t understand why I sat in an open closet. I explained to him that it was important to be protected by a structure. Well, at least, that was what I was told when I was a child. The earthquake John, Sean and I experienced was not at all like the one you just experienced. But still my body is now shaking tonight from the memory of it.

“So I feel deeply for you for having experienced the earthquake that was the severest in the history of Japan. It must have been so, so horrible. I extend my sympathy and love to each one of you. I’m very sorry that you had to go through what you went through. My heart is with you all the way.”

R&B group Boyz II Men have set up their own campaign to raise $100,000 for victims of the disaster.

“We, Boyz II Men, have a very special relationship with the people of Japan. We have been going to Japan for the past 20 years and we are deeply concerned for the people of Japan and especially for our friends and fans who reside in Sendai and all the areas affected by this earthquake and tsunami…

“Please join us in our effort to raise money through the Red Cross of America to help people in need. We ask all of our fans across the world to join us as we attempt to do something meaningful. Thank you in advance for your contribution.”

As of posting, the campaign has raised $11,842. To make a contribution, click here.

As reported earlier by LookToTheStars.org, Charlie Sheen has pledged $1 from every ticket sold to his live shows to the Red Cross fund for Japan, and Lady Gaga has designed a charity bracelet to raise money for victims of the disaster. Jack Johnson was in Japan at the time of the disaster, and is encouraging fans to donate to GlobalGiving’s Japan Earthquake and Tsunami Relief Fund.

Save the Children has teamed up with some of the world’s greatest athletes and sports legends to give kids inspiring ways to stay active while they are home from school and unable to play the sports they love with the launch of #SAVEWITHSPORTS. More →