Stars To Dream For Kids At Celebrity Charity Gala 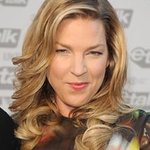 1,500 supporters, including celebrities, prominent philanthropists, business leaders and elected officials will gather at the L.A. Live Events Deck for “Dream for Kids: The Grand Opening Gala” on Saturday, May 7.