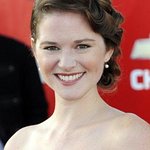 Habitat For Humanity are partnering with the Entertainment Industries Council (EIC) for the event. EIC is encouraging film and television producers to elevate the importance of science, engineering and technology careers as viable options for youth and seeks to strengthen how engineers and scientists are portrayed in entertainment media space. So in addition to the many stars, writers and producers, the event will feature women who have excelled in non-traditional careers, from industry executives to construction trades to the space program.

“We wanted to do more than just have a day where women build. We wanted to join together and mentor others to be active agents of change to make a better community for themselves and their neighbors. The women coming to this event are at the tops of their professions and want to encourage others by their example, and by sharing their success,” says Habitat for Humanity SF/SCV CEO Donna Deutchman.

The Women Empowerment Build is open to members of the public who pre-register, and takes place from 9am-3pm on Saturday May 14 and Sunday May 15 at 12600 Carl St, Pacoima. More information can be found here.