TV Presenter To Interview 50 Celebrities In 24 Hours For Charity 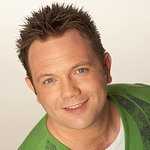 Nickelodeon television presenter Jamie Rickers will attempt to set a unique Guinness World Record next month by interviewing 50 celebrities in 24 hours for charity.

The challenge, coined Jamie Rickers’ Celebrity Headhunt, will raise money for UNICEF, and includes a series of unique set-ups.

Jamie has several interviews lined up already but will conduct others as people go about their daily routines, such as playing tennis with legends of the court, spending some time in the pool with an Olympic swimmer, being diplomatic with one of the nation’s best known politicians and getting tackled by an international rugby player.

“A 24-hour sponsored celebrity headhunt sounds like fun, but I’m under no illusion about how gruelling it is going to be.” said Jamie.

Guinness World Records has set Jamie a target of 50 in order to achieve the most celebrity interviews conducted in 24 hours and he is looking for more to chat with on the day.

His quest will begin at 8am on 16 June and will end exactly one day (or 86,400 seconds) later on the sofa of ITV1’s Daybreak, where he will pose the questions to his final two interviewees, Adrian Chiles and Kate Garraway.

During the day he will be running around London looking for celebrities to talk to and will scour the studios of television and radio stations, before hosting a star-studded World Record Party at London’s Chinawhite nightclub in the evening.

The themed event will include red carpet, champagne reception and live music for the many celebrities in attendance who will all feature in the record attempt.

“This is without doubt the hardest challenge I’ve ever faced and I can’t do it alone,” Jamie said. “I need as much support from the public as possible; not only in sponsoring me for this amazing cause but tipping me off about where I might find celebrities, because without them I won’t get the record.”

You can tweet Jamie with your interview ideas or sponsor him at UNICEF’s fundraising page.