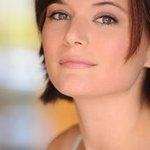 The 10th Annual UCP Charity Golf Tournament and Celebrity Dinner will be held on Monday, July 25, 2011 at Brae Burn Country Club and Century Golf Clubs in Westchester County, New York. The annual tournament attracts over 200 golfers from the tri-state area for a fun day of golf and entertainment in support of the vital programs of UCP of NYC.

Edward R. Matthews, CEO, United Cerebral Palsy of New York City (UCP/NYC), announced that this year for the first time, there would be three hosts to celebrate the 10th Anniversary of the tournament.

This year’s Celebrity Hosts will be: (in alphabetical order):

All three of the Hosts will be playing golf as well as Co-Hosting the Celebrity dinner.

The Celebrity, Dinner, Show, and Auction starts at 6:00 p.m. with all three hosts participating and a full evening’s entertainment featuring comedians Tom Cotter, Joe Starr and Ryan Hamilton plus other surprise guests.

The ADAPT Community Network Board of Directors announced today the 2022 presenters for the ADAPT Leadership Awards, which will take place on Thursday, March 10th, 2022, at Cipriani 42nd Street in New York City. More →