Stars Line Up For Charity At Nautica Malibu Triathlon 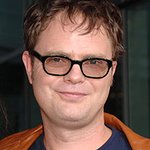 The triathlon event course consists of a Classic distance race that is made up of a half-mile ocean swim in the Pacific Ocean, 18-mile bike ride and four-mile run through Zuma Beach in Malibu, California.

For the fifth year, proceeds from the Nautica Malibu Triathlon will benefit the Children’s Hospital Los Angeles and its Pediatric Cancer Research Program. Last year, the event raised more than $1,000,000 for the program, with the help of celebrity participants including Teri Hatcher, Gilles Marini, Julie Bowen and James Marsden.

“Each year we see so many inspiring and moving stories unfold at the Nautica Malibu Triathlon, which make all of our efforts worthwhile,” said Michael Epstein, president of Michael Epstein Sports Productions, Inc. (MESP.) “Year after year the triathlon continues to be successful thanks to all of the hard working participants, teams and sponsors.”

“We are so excited for the 25th anniversary of the Nautica Malibu Triathlon as it is one of the leading athletic events in Southern California,” said Karen Murray, President of Nautica. “We love seeing the community come together to support the amazing research and work that the Children’s Hospital Los Angeles does, and look forward to raising even more funds and awareness for this cause.”

Dedicated to curing and preventing childhood cancers, the Pediatric Cancer Research Program at Children’s Hospital Los Angeles provides groundbreaking treatments and therapies for children with some of the most serious and life-threatening forms of cancers.

“Our commitment to continued medical research and prevention at the Children’s Hospital Los Angeles is making a difference in the fight against this terrible illness,” said Stuart E. Siegel, M.D., Director of the Children’s Center for Cancer and Blood Diseases at Children’s Hospital Los Angeles and Professor and Vice-chair of Pediatrics at the Keck School of Medicine of the University of Southern California. “Through the funding that is raised as a result of this event, we are given the opportunity to develop new ideas at the laboratory bench to diagnose and treat pediatric cancers. Our patients, their parents and our staff of researchers are all very grateful for all of the support and involvement from the Nautica Malibu Triathlon as it allows us to continue to search for more cures.”

The Nautica Malibu Triathlon provides opportunities for everyone to get involved; from the Entertainment Industry Challenge, which brings together Hollywood players from the top studios, production companies and agencies to compete for the Studio Cup, to the Corporate Challenge, which gives non-entertainment companies the chance to compete against one another. The Herbalife International Distance Race, which occurs on Saturday September 17th, challenges participants with a 1.5K Pacific Ocean swim, a 40K out-and-back bike course along the Pacific Coast Highway, and a 10K out-and-back run course on pavement and blacktop along the sands of Zuma Beach. Families and supporters of the Nautica Malibu Triathlon can also participate in other weekend activities such as the Nautica Kids Run and Tot Trot or enjoy games and prizes at the Fun Zone.