Nigel Lythgoe To Be Honored At Star-Studded Charity Gala 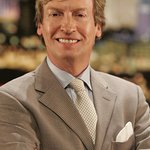 The 6th Annual MDA Tradition of Hope Gala, to be held Oct. 15, 2011 at the Beverly Hilton Hotel, will be a star-studded event bringing more than 500 business and civic leaders together to fight ALS (amyotrophic lateral sclerosis or Lou Gehrig’s disease).

Expected to raise more than $500,000 for the Muscular Dystrophy Association’s Augie's Quest, the funds will help speed research seeking treatments and cures for the devastating disease.

Tradition of Hope honorees are:

“This gala is one of our premiere events, and I am so grateful to Nigel, Peter and David for being a part of it,‘’ said Augie Nieto. "The funds raised will allow us to continue funding cutting-edge research that will ultimately lead to treatments and a cure. The night will be full of hope and promise for a world without ALS.’’

The reception, which will include silent and live auctions, dinner, entertainment and live music, begins at 6 p.m.

“With truly outstanding honorees, amazing event co-chairs Linda and Alex Cappello, and unrivaled inspiration from Augie and Lynne Nieto, Tradition of Hope undoubtedly will be an extraordinary night in the fight against ALS,” said MDA President & CEO Gerald C. Weinberg.