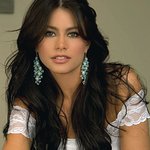 BeLive – the event that raises much-needed funds for four Colombian non-profit organizations, Give to Colombia, Formula Sonrisas, Genesis Foundation and ArtNexus Foundation – is slated to happen on Thursday, November 17 at The Ritz-Carlton, South Beach, and will be an evening to remember with well-respected and recognizable television personalities and renowned celebrities.

Sofia Vergara will co-chair the 5th Anniversary along with this year’s Chair, style and fashion icon Lauren Santo Domingo. Sofia has been nominated for two Emmy and Golden Globe Awards for her role in the ABC Series “Modern Family,” broadcast in 81 countries around the world. Also joining BeLive is internationally renowned and Latin Grammy Award winner Fonseca.

In addition to this long list of celebrities, the evening will be filled with fashion surprises. Lauren Santo Domingo, Contributing Editor for Vogue and Co-Founder and Creative Director for Moda Operandi, will be spearheading both the Mochila Wayuu Project and the sensational fashion show, produced by The Webster. The Mochila Wayuu Project will once again take 40 hand-woven Mochilas, created by the Wayuu community in Guajira, and they will be reworked by some of the world’s most prominent fashion designers, including Yves Saint Laurent, Givenchy, Christian Dior, Christian Louboutin, Herve Leger, Helmut Lang, Adolfo Dominguez, Theskeyns Theory, and many more. The fashion show will showcase a spectacular surprise collection on the runway. The Webster, a 20,000 sq.-ft. multi-brand fashion boutique, is an international fashion mecca for the very best in luxury retail and service, carrying men’s, women’s RTW, sportswear and luxury accessories including shoes, handbags, jewelry and vintage watches.

The 5th Anniversary of BeLive will take place on Thursday, November 17 at The Ritz-Carlton, South Beach. BeLive will have a spectacular concert, cocktails, sumptuous dinner, live entertainment, fun fashion show and much more. Individual tickets are $500. For more information, please contact Ximena Acosta at ximena@belivecolombia.org or click here. The Ritz-Carlton South Beach is at 1 Lincoln Road, Miami Beach, FL 33139.