It's A Wiggly Wiggly UNICEF Concert! 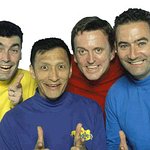 They are one of the biggest bands to ever come out of Australia – and yet their target audience is the under-5s. And now The Wiggles are to throw their weight – and their Big Red Car – in behind a couple of campaigns to help those in need.

On Sunday 25th May, The Wiggles will hold a special concert to raise vital funds for a UNICEF Water and Sanitation project in East Timor. All profits from ticket and merchandise sales at the concert will be donated to UNICEF.

The band – made up of Anthony Field, Murray Cook, Sam Moran, and Jeff Fatt – have been UNICEF Australia Goodwill Ambassadors since February of this year, and are now helping UNICEF work towards the Millennium Development Goal (MDG) to reduce by half the proportion of people without access to safe water and basic sanitation by 2015.

The concert will be held at the Sydney Entertainment Centre, Darling Harbour, at 1pm. Tickets cost $35 for ‘hot potato’ seats (seats on the floor near the stage) or $30 for all other seats, and can be purchased at Ticketmaster. Special guest performers at the concert will include Jimmy Barnes, Kate Ceberano, Katie Noonan, and Leo Sayer.

The Wiggles are also major supporters of this year’s Red Nose Day, to be held on June 27. The event is held annually on the last Friday in June, is the major fundraiser for SIDS and Kids, an organization dedicated to the elimination of sudden and unexpected infant death. The Red Nose Day concept was adopted by SIDS and Kids organisations around Australia in 1988, and now people, cars, and buildings around the nation join in the fun by donning red noses.

So join The Wiggles along with their Wiggly Friends – Captain Feathersword, Dorothy the Dinosaur, Wags the Dog, and Henry the Octopus – and help raise funds and awareness for this great cause by visiting the Red Nose Day website.