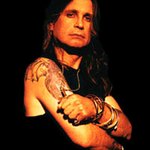 Gibson GuitarTown on The Sunset Strip, administered by the Gibson Foundation, is completing its yearlong “tour” of the boulevard and has announced the art guitars will be auctioned for charity on December 3, 2011, at Julien’s Auctions Beverly Hills Gallery (9665 Wilshire Blvd.) beginning at 2 p.m.

The auction will also be accessible online at www.julienslive.com. Proceeds from the auction will benefit the Los Angeles Youth Network, which provides outreach, food, emergency shelter, transitional living and educational enrichment programs for homeless adolescents; West Hollywood Arts & Cultural Commission to further support public art and artists on The Sunset Strip; and the West Hollywood Library.

GuitarTown on The Sunset Strip is a larger-than-life public art exhibit celebrating the people and places that have shaped the legendary music boulevard. More than 20 ten-foot Gibson art guitars have lined the 1.6-mile boulevard since August 2010.

The guitars celebrated various aspects of The Sunset Strip and its history and influence, from guitars honoring Slash, The Doors, Mötley Crüe, Ozzy Osbourne, Brian Wilson and Cheech & Chong to abstract guitars that played upon the architecture and nightlife of the boulevard. The guitars were displayed in prominent and historic locations on The Sunset Strip, including the Whisky A Go-Go, The Roxy Theatre, The Comedy Store, Andaz hotel (former “Riot Hyatt”) and at the main entrances to The Sunset Strip. A handful of the guitars were also signed by the influential musicians they were inspired by.

“We enjoyed hosting GuitarTown on The Sunset Strip this year. The guitars celebrated the boulevard’s history while also giving local artists the opportunity to showcase their talents in a one-of-a-kind setting,” noted Sunset Strip Business Association Executive Director Todd Steadman. “The art guitars added to The Sunset Strip experience, and we are pleased that the proceeds from the GuitarTown charity auction will benefit and inspire countless individuals in the Los Angeles area and beyond.”

The full list of artists and guitars included in the auction includes:

Registering to Bid
Registration is required to bid in this live auction and can be done either in person at the exhibitions and auction or by visiting the Registration page before the sale or by calling (310) 836-1818.

Placing Bids
There are four ways to bid in this sale:
1. Bid through Julien’s Auctions Online Live in Real Time at JuliensLive.com.
2. Place bids in the room by attending the auction.
3. Bid over the telephone through an auction house representative, who sits in the room and conveys the bid to the auctioneer.
4. Enter Absentee bids. Absentee bid forms are printed in the back of each catalogue, and are also available by calling Julien’s Auctions at (310) 836-1818 or online at the Register to Bid page.