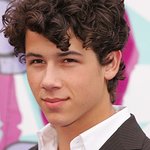 From December 8-18, just in time for the holiday season, you can bid on exclusive items and experiences MTV Act brought together from your favorite MTV artists and show talent for the MTV Fights Hunger Auction.

From Snooki and Rob Dyrdek to Nick Jonas and Kelly Clarkson, they’ve donated some of the coolest signed gifts to be auctioned off. Best of all, the auction proceeds will support the FWD campaign, a relief effort for the Horn of Africa created by USAID and the Ad Council.

Launched in February 2011, Act is a MTV blog where fist pumping and lending a helping hand collide. Act is all about celebrating the actions of young people, celebs, musicians and organizations that are improving their lives and the lives of others.