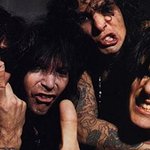 Earlier this month, Motley Crue front man, Vince Neil, brought some unusual flair to the Lost Canyons Golf Club in Simi Valley for the Skylar Neil Memorial Golf Tournament. He, along with a host of adult film stars, flocked to the greens to raise money to combat childhood illnesses.

“In 1995, I lost my daughter Skylar to cancer, " writes Neil on his website, “Since that time I have tried to do everything I can to help raise awareness and much needed funding for children’s illnesses. I’m so humbled by the response that we receive from our gracious tournament sponsors and participants for the past eleven years. To date they have helped me to raise nearly two-million dollars to fund research to combat cancer, AIDS and Leukemia. I know that Skylar would be proud of the work that we’ve done, and I couldn’t think of a better way to honor her memory.”

And how does the Lost Canyon Golf Club deal with the number of adult film stars who return year-after-year to honor Skylars memory and raise money for charity? “They’re cool about what we do on the course — the girls, the booze,” Neil said.

“People in the NFL all work with the United Way, and we have this," said Evan Seinfeld, an adult actor.

Aside from golf, the event hosted a silent auction of sports, music, movie and celebrity memorabilia. During the charity auction, adult film star Gina Lynn offered to join the highest bidder’s team, as both caddy and celebrity guest golfer. The winning bid was $3,500.

“The story’s not about the sex stuff; that just gives it a little extra panache,” said Stuart Koenig whose been playing in the event for 10 years. “Every single player that plays this tournament wants to come back,” he said. “It’s just a really good time. This is the most fun you’ll ever have on a golf course.” 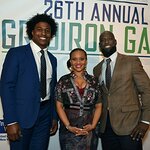 United Way Celebrates 26 Years of Connecting With Communities at the Gridiron May 14, 2019

On May 7th, 1,000 guests rallied at United Way of New York City’s 26th Annual Gridiron Gala hosted by CBS’s Otis Livingston and former NFL player Rashad Jennings — in partnership with the New York Giants and New York Jets — celebrating the impact made and looking ahead to continued collaboration, helping low-income New Yorkers move along the path toward self-sufficiency. More →