Perez Hilton Hosts One Night In Austin For Charity 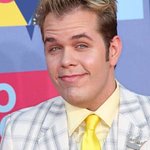 On Saturday, March 17th, Perez Hilton once again held his heralded “One Night In Austin” event at the SXSW music festival in Austin, Texas.

The legendary series, produced by The BMF Media Group, featured performances by some of today’s biggest artists including B.o.B., Dev, Timbaland, Kreayshawn, Dragonette, Cher Lloyd, Ed Sheeran, Kat Graham, Kimbra, Rosi Golan, Cris Cab and Miguel. For the first time, this year’s fifth “One Night” showcase, the 5th in a row, benefitted a charity – the VH1 Save The Music Foundation and its mission to restore instrumental music education programs in our nation’s public schools. 100% of ticket sales were donated to the cause, raising over $46,800, more than enough to completely restore a music program in an elementary or middle school.

“My SXSW party this year was especially great. Good music AND doing good! I couldn’t be happier! I’ve been doing these events in Austin for 5 years now, and I wish I would have turned them into benefits a lot earlier. Thankfully, that light bulb did go off and we were able to raise $46,800 for the VH1 Save The Music Foundation, an organization that combines two things I’m very passionate about – music and helping and inspiring young people. Once again, I could not be happier! And I want to thank all of the performers and everyone involved that helped make this Night such a resounding success!”

Since its inception in 1997, the VH1 Save The Music Foundation has provided more than $48 million in new musical instruments to 1,800 public schools in more than 100 cities around the country, impacting the lives of over 1.8 million children. Thanks to the generous support of celebrities like Perez Hilton and the VH1 Save The Music Ambassadors, including Katy Perry, Chris Daughtry, Lupe Fiasco, Jordin Sparks, Matthew Morrison, Vanessa Carlton, AJ McLean and Gavin Rossdale, the Foundation is able to generate awareness about the importance of music in a child’s education.

“It was an honor to be the beneficiary of Perez Hilton’s ‘One Night in Austin’ this year,” said Paul Cothran, Vice President & Executive Director of the VH1 Save The Music Foundation. “Perez is a very important part of today’s media and for him to lend his support to our cause has a tremendous effect on our fundraising. With his help we were able to generate a great deal of awareness for our cause as well as raise enough funds to completely restore an instrumental music education program in a US public school! We can’t thank Perez enough for his support.”

The evening, which featured a slew of superstar performances and DJ sets, was highlighted by special appearances from such names as Timbaland, B.O.B, Dev, Dragonette and Kat Graham, who took the stage throughout the night. The event also featured a plush Miami Oasis pop-up lounge and a unique screen printing station from FIJI Water. Special guests such as “Top Chef” winner Paul Qui, Cisco Adler and Jenna Bush Hager also stopped by to enjoy the show.

In conjunction with the event, VH1 launched an initiative at SXSW interactive, donating $1 to the VH1 Save The Music Foundation throughout the month of March for each check in on Foursquare at any music venue across the country. With each check in, participating individuals will receive the exclusive “VH1 Save The Music” badge. Users must follow VH1 on foursquare to unlock the badge and trigger the donation here. Fans can continue to support the Foundation by checking in at their favorite music venues through the end of the month of April.

Soon, Perez Hilton will make a surprise visit to the school that is selected to received this generous donation, allowing children to see first hand the impact music can have on someone’s life. For more information or to see how you can get involved, visit www.vh1savethemusic.org or join the VH1 Save The Music community on Facebook at www.facebook.com/vh1savethemusic and on Twitter at @vh1savethemusic.

True to its message of inclusion, the True Colors Festival (TCF) 2022 was livestreamed globally, allowing audience members to join from across the world. More →