Monkees Legend Gets Behind Oral, Head And Neck Cancer Week 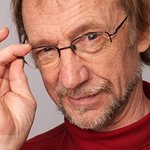 Popular recording artist, actor and former member of The Monkees, Peter Tork, who is himself an oral cancer survivor, is urging Americans to get screened for cancer during the 15th annual Oral, Head & Neck Cancer Awareness Week (OHANCAW), being held nationwide April 22-28.

More than 200 sites throughout the country will offer free oral, head and neck cancer screenings during OHANCAW, which is sponsored by the Head and Neck Cancer Alliance (HNCA). Information about the free screenings and local sites can be found at www.headandneck.org.

According to the American Cancer Society, an estimated 52,610 new cases of head and neck cancers will be diagnosed in 2012 with an estimated 11,500 of those cases resulting in death.

Mr. Tork is best known as a member of the iconic 1960s TV, recording and performing group, The Monkees, whose number one hits include “I’m A Believer” and “Last Train to Clarksville.” He was diagnosed in March, 2009 with adenoid cystic carcinoma (ACC), a relatively rare cancer that typically occurs in the salivary glands, on the lower part of his tongue. Following surgery to remove the tumor and courses of radiation, Mr. Tork was declared free of any detectable cancer.

“Fortunately, I am grateful to say my cancer was detected early enough for me to undergo successful surgery and follow-up treatment,” said Mr. Tork. “I encourage everyone to get screened for oral, head and neck cancers by taking advantage of the free screenings offered during OHANCAW at hundreds of local facilities throughout the country. Early detection and treatment can improve outcomes. Get screened and increase your chances for living a full and healthy life.”

“When oral, head and neck cancers are diagnosed early, these potentially deadly diseases can be more easily treated without significant complications, and the chances of survival increase,” said Terry Day, MD, President of the Head and Neck Cancer Alliance. “Many Americans do not recognize the symptoms of these cancers, which underscores the importance of everyone getting screened properly, not just those at high risk such as tobacco and alcohol users.”

About Oral, Head and Neck Cancer

Oral, head and neck cancer refers to a variety of cancers that develop in the head and neck region, such as the tongue, tonsils, sinuses, the larynx (voice box), thyroid and salivary glands, the skin of the face and neck, and the lymph nodes in the neck.

Common warning signs are:
• Red or white patch in the mouth that lasts more than two weeks
• Change in voice or hoarseness that lasts more than two weeks
• Sore throat that does not subside
• Pain or swelling in the mouth or neck that does not subside
• Lump in the neck
Other warning signs that occur during later stages of the disease include:
• Ear pain
• Difficulty speaking or swallowing
• Difficulty breathing

The most effective prevention strategy continues to be the cessation of behaviors such as smoking, use of chewing tobacco and excessive alcohol consumption. Eighty-five percent of head and neck cancers are related to tobacco use. Research has linked the increase of tongue and tonsil cancer incidence in young adults, a population traditionally at low risk, to the rise of human papillomavirus (HPV), a cancer-causing virus that can be transmitted through oral sex.