Broadway Stars To Come Out For Easter Bonnet Competition 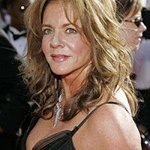 The line-up of presenters, judges and participants for this year’s edition will include a four-time Tony Award winner, eight Tony Award nominees and more than 200 of Broadway and Off-Broadway’s most talented performers.

The 2012 edition of the Easter Bonnet Competition will again be presented at the Minskoff Theatre, currently the home of Disney’s The Lion King. The two-day event will be held April 23 at 4:30 pm and April 24 at 2 pm.

A cast of hosts from among Broadway’s biggest stars this season will lead the audience through this year’s competition. Stars scheduled to appear include Stockard Channing, Judith Light and Stacy Keach from Other Desert Cities; two time Tony Award-nominee Gavin Creel; Newsies’ Jeremy Jordan; Tony nominee Rory O’Malley from The Book of Mormon; Sister Act’s Raven-Symoné; Nick Jonas, Michael Urie and Rob Bartlett from How to Succeed in Business Without Really Trying; Corbin Bleu, Lindsay Mendez and George Salazar from Godspell; and Tshidi Manye and Ron Kunene from Disney’s The Lion King.

The Easter Bonnet judges will include Nina Arianda and Hugh Dancy from Venus in Fur, Celia Keenan-Bolger and Adam Chanler-Berat from Peter and the Starcatcher, Megan Hilty from TV’s Smash, comedian Lisa Lampanelli, costume designer Carrie Robbins, Frank Wood from Clybourne Park and Mark Anderson, United Airline’s senior vice president of corporate and government affairs. Also joining the judging panel are Stephanie Toups and Karen Walter, who both won their spots by being high bidders on exclusive VIP packages at the 25th Annual Broadway Flea Market & Grand Auction in September. The judges will be introduced by Seminar stars Jerry O’Connell and Justin Long.

Norm Lewis, who’s surrently appearing in The Gershwins’ Porgy and Bess will close the show with the traditional performance of “Help is on the Way,” BC/EFA’s Easter Bonnet anthem.

Productions scheduled to perform and present bonnets include Anything Goes, The Awesome 80s Prom, Avenue Q, The Book of Mormon, Chicago, Death of a Salesman, The Gershwins’ Porgy and Bess, Jersey Boys, The Lion King, Mamma Mia!, Mary Poppins, Once, Other Desert Cities, The Phantom of the Opera and Spider-Man: Turn Off the Dark, with a special performance presented by Dancers Responding to AIDS, a program of Broadway Cares.

Last year’s Easter Bonnnet Competition raised $3,706,085. Since 1987, the 25 editions of this highly-anticipated annual event have brought in more than $46 million.